This past Saturday, I spent a chunk of the afternoon at the Fanta booth with Larry. He and his daughter Bella crafted this Usagi Yojimbo Easter basket bunny which I thought was the best and cutest thing at the con. You can tell a lot about a person’s bravery based on whether they accept jelly beans from a stranger… 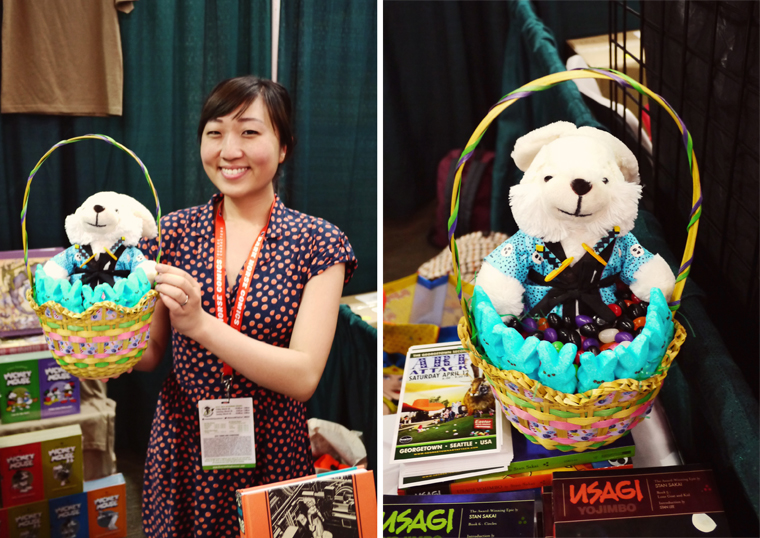 For no reason in particular, I wasn’t into seeing a lot of stuff this year but I made a point to check out a panel with my boss and co-workers (her name’s cut out of the frame, but that’s Kristy on the left). The panel was moderated by Paul Constant who wrote this nice article. Speaking of nice articles, The Seattle Times has a piece on the comics scene out here. 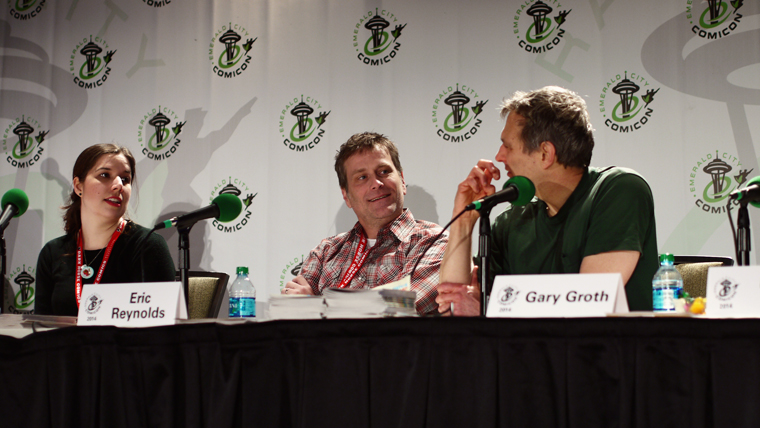 I didn’t take many photos but here are some from friends’ Instagrams: rad Popeye couple, Moss from The IT Crowd toting around the Internet, Jen and Colleen. It seemed like Adventure Time and Frozen were the most popular costumes this year which I’m all about. And, oh! On my way home, a gal dressed up as the Enchantress told me I was adorable (I was not in a costume). Totally made my day.

Since we won’t be around, this is probably my last Emerald City Comicon. I’ve had so much fun over the years… even though I feel like the most awkward person alive and can’t walk around without getting frazzled and red-faced. :)