Our little jaunt in Portland was fantastic. We drove down with friends and stayed at the sweetest waterfront apartment (airbnb!). Dean and I bought too many books, ate too much junk food, and enjoyed the sunny weekend with our friends. 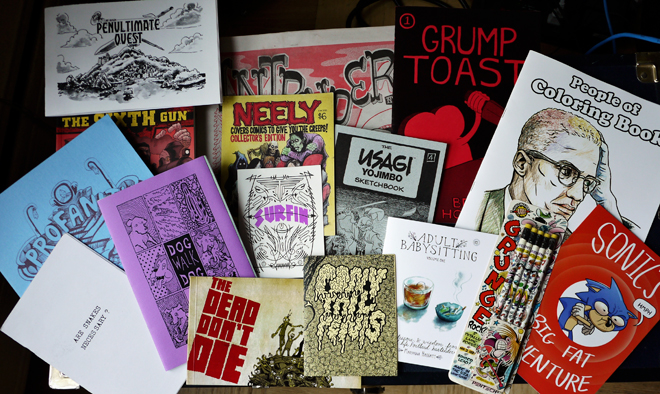 Here’s what we picked up at Stumptown Comics Fest. It was mini comic heaven. I blew my (admittedly modest) budget straight away and could have easily dropped another $50+. I got to see almost everything i wanted to- my only regret is missing the Heavy Ink panel with Tom Neely, Ed Luce, and Benjamin Marra- which was at the same time as the Stan Sakai panel. Bummer!

Janice and Mike at the Fanta booth- my favorite booth at any con. :)

‘Pie have a dream…’ No disrespect to MLK but whoever donated their leftover pizza to this statue is a genius. When we went back the next day, the girl was holding a busted VHS labeled ‘Little Bear’

We didn’t eat any pizza ourselves but we did get a sick amount of Voodoo Doughnuts. We went three times in two days! Lemon chiffon cruellers, devil’s food cake, grape ade with lavender sprinkles, captain my captain!, some standard goodies, and, yes, that’s a bacon maple bar lurking in the shadows.

We’d heard a lot of good things about fast food chain Burgerville and somehow it managed to live up to the hype. I got the Northwest cherry chocolate shake and white bean basil burger (killer aoili dressing on there). Dean and I split the shoestring fries with rosemary. Everything was tasty as heck.

A trio of partially drunk and spilled drinking chocolates at Cacao (haha, cacao!): milk chocolate with cinnamon, dark chocolate, and spicy dark chocolate. Our wonderful friends Mel and Boris brought us here and the four of us had a hard time finishing these tiny cups. The chocolate was exquisitely rich. 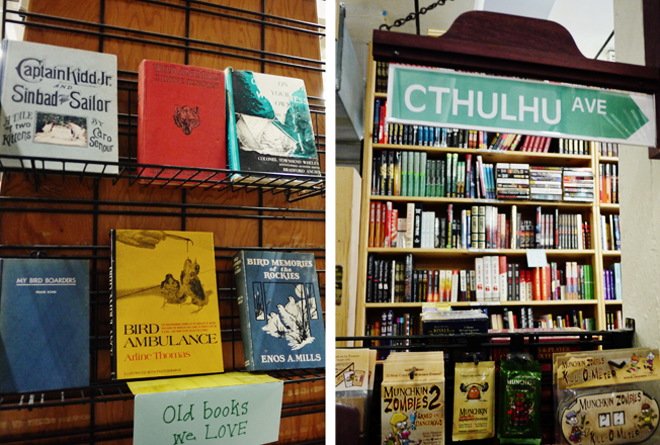 No Portland vacation would be complete without a stop at Powell’s Books. If you aren’t familiar, it’s a bookstore that encompasses an entire city block “…with more than a million new and used books. Nine color coded rooms house over 3,500 different sections.” Even with a map, you can get a little lost.

We followed the sweet sounds of a cappella into a store called Under U4 Men where half of the choir was in nothing but designer briefs. After remarking that this was a pretty surreal thing to stumble upon, an employee told me, ‘I guess if you’ve never been to a men’s underwear store before. We do this a couple times a month! Stay and have some wine.’ So we did. 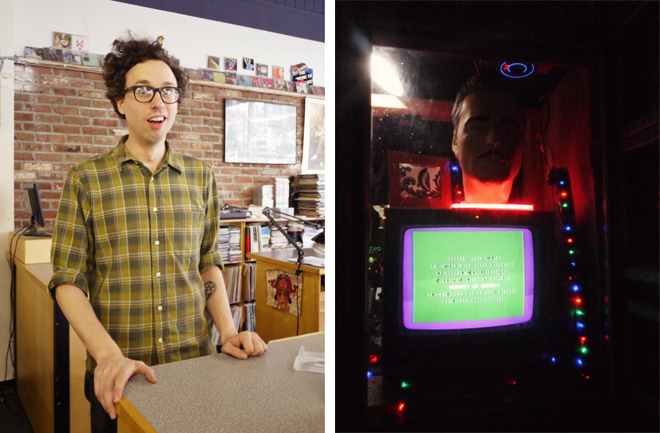 I wasn’t sure if we’d get a chance to meet up with Tony (our friend and erstwhile trivia team member) but we found him at work, right before we had to leave, yay! I also met up with someone I went to school with in Upstate New York which was cool- what a small world… The photo on the right is at the 24 Hour Church of Elvis where Nate peered into his future. 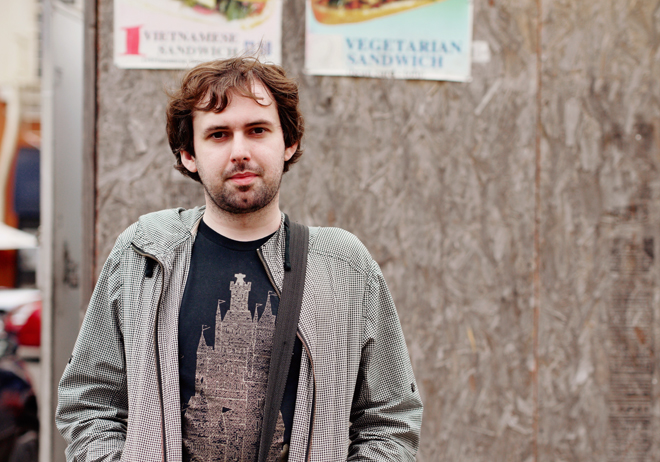 My fiance and his smoldering good looks.