Nate, Kristy, and I saw this last night at The Egyptian. It was the US premiere and my first SIFF screening- what a nice sense of occasion! 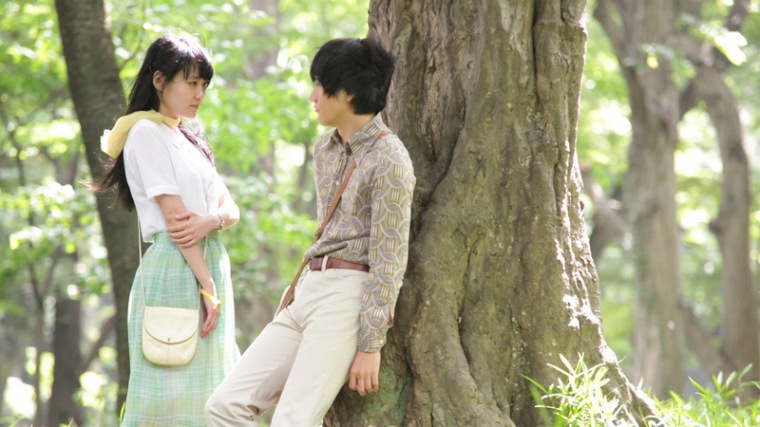 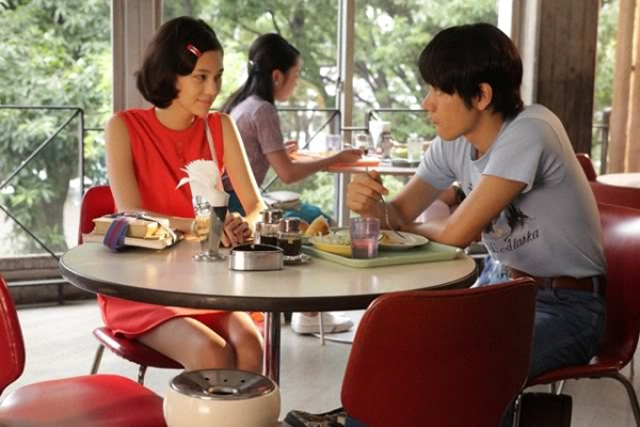 [images from: clothes on film and i love you, blue sky]

The film Norwegian Wood is based on a book of the same name by Haruki Murakami. Essentially, the story is about a college student, Watanabe, who moves to Tokyo following the suicide of his friend. He develops an unusual relationship with Naoko, his friend’s former girlfriend, and then another relationship with Midori, a girl he meets in Tokyo.

I got the impression the audience was slightly disappointed in this adaptation, but as someone who has not read the book, I liked it quite a bit. The women are complex and, especially Naoko, heavily damaged. I found the female characters very moving (holy shit, do they have baggage) and I left the theatre feeling sufficiently depressed. The cinematography is wonderful- with the nature shots at the sanitarium and the extreme close-ups (Naoko’s sad eyes and impossibly long lashes, Watanabe’s pensive overbite). I loved the whole look of the film really. It takes place in the 1960s, so the costumes are my dream clothes (I die for the printed shirts and primary color dresses!). Everything about the sets comes across as worn-in, nothing feels overdone- the backdrop of student protesters, the Japanese hippies, Naoko’s home at the sanitarium- all perfect.

The soundtrack is composed by Jonny Greenwood (whom I adore and whose scores for other films are AWESOME). I was definitely fighting back tears with the crescendo of discordant violins…

There was an error retrieving images from Instagram. An attempt will be remade in a few minutes.